Hire Dedicated Programmers is fully equipped to handle and execute any project involving PhoneGap that comes our way. We possess the necessary know-how and set of skills to deal with PhoneGap and resolve any issues faced along the way. Gaining a firm technical understanding of PhoneGap is not easy, but we know all the tips tricks of the game. Struggling with your PhoneGap app? Don’t worry.We are here to help.

The HireDedicatedProgrammers.com PhoneGap developers are experienced. We are proven, battle-tested, and deliver projects on time and on budget. Our PhoneGap team has built cross-platform mobile applications for iPhone, iPad, Android, and Blackberry.

We have an in-depth technical understanding of how to develop mobile apps that work. As such, be sure to hire dedicated PhoneGap developers from HireDedicatedProgrammers.com. Choose us.

Originally created by Nitobi in 2009, at an iPhone Dev Camp in San Francisco, PhoneGap is a mobile application development framework that simplifies app development.
2 years later, on 4th October 2011, Adobe Systems acquired Nitobi and rebranded it as Apache Cordova. The code was also submitted to the Apache Software Foundation. The framework was also called ‘Apache Callback’, but this was viewed as too generic.

PhoneGap doesn’t rely on platform-specific apps in the way iOS, Windows Phone, and Android do. Applications created with PhoneGap are hybrid because layout rendering is done through web view with access to native mobile device APIs.

Initially, PhoneGap needed an Apple computer for creating iOS apps. Likewise with Windows computers for Windows Mobile apps. However, as of September 2012 programmers can upload the source code to a cloud compiler to generate apps for all supported platforms.

Today, even corporate tech giants such as Google, IBM, Microsoft, Blackberry, Intel, and Mozilla are among the contributors to the Apache Cordova project apart from Apache itself.

Our Hire Dedicated Programmers team is full of people with loads of PhoneGap experience. We have a lot of expertise for instance, in the following:

Furthermore, feel free to take a look at some of the existing PhoneGap Projects that we have completed. For example, our team has created a mobile app called VoiceHerd that enables peer to peer connections among users, with both public and private chat rooms.

Consequently, these projects show that our team is up for that challenge and that we know exactly what we’re doing when it comes to PhoneGap. We have developed countless apps and flawlessly executed projects both big and small. You could be next.

We can plug the gaps in your PhoneGap requirements. Stop wasting time trying to figure out PhoneGap and hire our dedicated developers to get things done. No doubt about it.

If you have any questions to clarify or need additional information regarding our PhoneGap services, please feel free to call us or add us to your Skype. 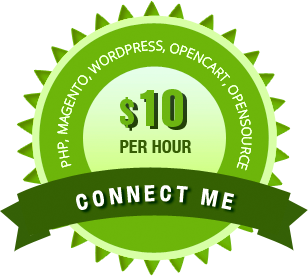 There are some less than honest companies out there that will treat you great - until you have signed a contract. We are different. We are a small business and understand how to deliver projects that meet or exceed the client's expectations.

I am pleased to recommend ‘Hire Dedicated Programmers’. We are an ideas company, we know how to create the concept, write up the requirements and create the architectural design.

Please take a moment to send some basic details of what you need done and we will get back to you swiftly.